Launch of the project in Stefanesti, Stefan Voda district

On 21st of July 2020, was launched the project “Transparency and participation – the foundation of good local governance” funded under the grant program of the AGREED project, implemented by ALDA – European Association for Local Democracy and co-financed by the European Union.

The training took place in Ștefănești locality, Ștefan Vodă district. At the launch of the project participated Mr. Victor COTRUȚĂ – Coordinator of the Eastern Partnership project, the Mayor of Ștefănești- Mrs. Ersilia QATRAWI and the executive director of the Ecological Movement from Ștefan Vodă – Mrs. Tatiana MARIN.

The executive director of the Ecological Movement from Ștefan Vodă presented the purpose of the project and the implementation objectives in the future. 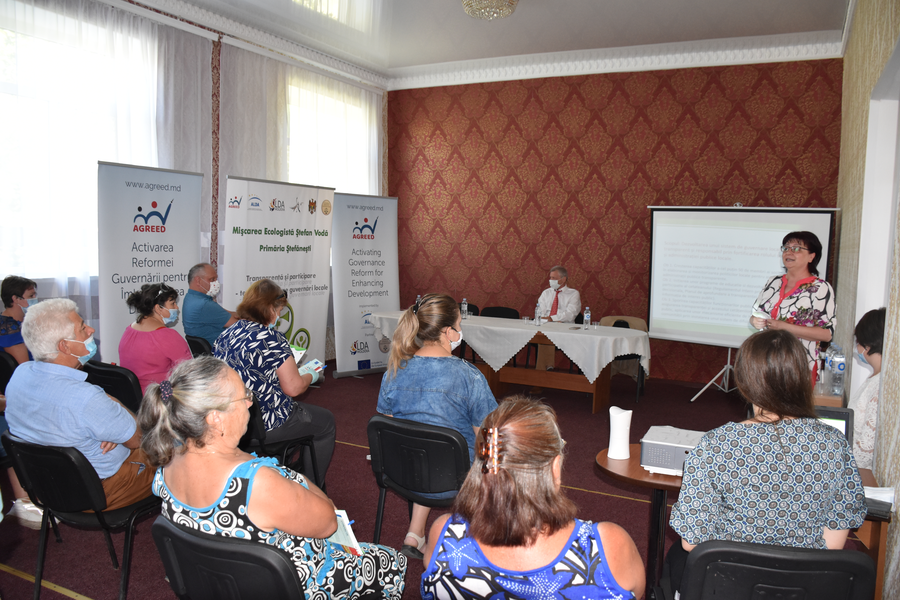